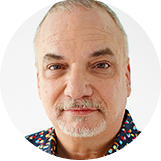 With a creative legacy that spans 30 years in marketing and a stable of clients around the world, Doug Harris has earned a reputation as one of the world’s premiere consumer promotions and marketing consultants. A former Billboard Magazine Promotion Director of the Year, a 2011 Inductee into the Texas Radio Hall of Fame and the recipient of dozens of industry accolades, Harris has made a practice of out-thinking, rather than out-spending his competitors in marketing battles.

A member of the Broadcast Film Critics Association and a frequent speaker at gatherings of marketing professionals, Harris has addressed groups in 26 foreign countries on five continents and was a featured presenter at the NAB Europe for eight consecutive years. As President and Chief Creative Officer of Noisemaker Communications, Harris creates clutter-busting advertising and public relations campaigns for a wide variety of clients worldwide.

Bobby has spent almost 25 years as a Brand Manager and Program Director in terrestrial radio, where his job was to take failing radio stations "from worst to first." Which he did well from Texas to Michigan to Tennessee. When offered a chance to get reconnect with his nefarious radio friends from long, long ago in a galaxy just down the street called Radio Brave, he pounced like a cat on a feather toy.

So now, not that much later, here he is at Radio Brave: a big, worldwide platform of a feather toy.

"So far the hardest part of this job has been finding a profile picture I didn't hate," proclaims Bobby. "The best part is molding clients into radio hosts. They listen, take your guidance and apply it."

Get your OWN podcast on Radio Brave!